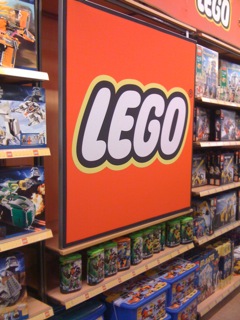 Amazon websites worldwide have a number of specials on this week which are of interest to buyers in both the US as well as countries like Australia and New Zealand.

As you may have read in our last post, the US site Amazon.com have lifted their restrictions on a number of Lego sets so they can now be exported to countries worldwide. For countries like Australia and New Zealand where the markup on Lego prices is considerable this is great news.

Amazon France also ship worldwide and have unbeatable deals on Lego for Australia and NZ.

As with all Amazon deals we have no idea how long they will last so if you are sitting on the fence don’t wait too long!

These are just a sample of the sets available and you can find more deals from Amazon France in their Lego store. Keep in mind that the price you see on the page will include VAT Tax which will be removed when you goto checkout (at the last stage of the checkout process before actually placing the order).
If you are having trouble understanding the words use Google translate plugin for the Chrome browser. I guess we are lucky that the word ‘Lego’ is the same all over the world and set numbers are also universal 🙂
With Amazon France I always go for FAST shipping as it is very affordable and I figure the least amount of time in transit the better as far as potential damages go.
I hope these deals help give your family some great Lego experiences this Christmas!