The new LEGO Elves theme has me very interested in the future direction of Lego. I’ve been hankering after a theme that was directed to fans of fantasy, but not derived from a pre-established franchise for some time. In my mind it was a ‘no-brainer’ but I guess that’s why I’m not in charge of a large company like LEGO – I’m sure they have done their sums 🙂

I suppose because of the ’Friends” sized figures they are directing the LEGO Elves theme towards a different audience than their traditional LEGO sets (I dare not bring gender into the argument) and I’m OK with that.

However I would still love to see them make ‘true minfigs’ of elves. Yes I know about LOTR and Hobbit sets, but as I mentioned above I am thinking about their own ‘branding’ of fantasy rather than a Brick-Tolkien version – in mining format this time.

Despite my own personal preferences I do like the look of Elves, even with this strange long-legged figures. It is amazing how this larger LEGO figure has snuck its way into (some of our) hearts so quickly and I know that fans of this format will rejoice in the new LEGO Elves sets. And, as an aside, I still think a Disney Fairies theme would sell well for LEGO. Heaven knows that franchise could do with some quality toys. 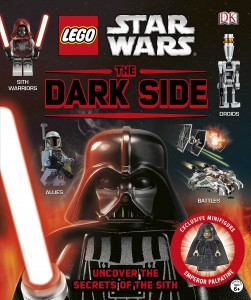