Lego have revealed the Lego Minecraft Set at their conference in Copenhagen.

The set is the latest design to receive 10000 votes of support on the Lego Cuusoo site and will no doubt enthral legions of Minecraft fans.

BILLUND, Denmark –The LEGO Group and Mojang have released purchase details and pictures of the LEGO® Minecraft™ Micro World today.

The new set, which was the first to receive 10,000 votes of support from users on the global LEGO CUUSOO idea collection platform, will be available for purchase in summer 2012, but can be pre-ordered from today, exclusively through Mojang retail partner Jinx.com for $34.95 €34.95 at http://www.jinx.com/LEGOMinecraft. The sets will also be sold in select LEGO brand retail stores and the LEGO online shop from summer 2012.

“LEGO Minecraft Micro World is designed to celebrate the essence of the LEGO concept and the Minecraft gaming experience,” said Paal Smith-Meyer, Head of the LEGO New Business Group. Each set features four cubic modular vignettes that can be connected to recreate the Minecraft experience in LEGO bricks. One Minecraft block is represented as one 1×1 LEGO plate with a tile on top – not a perfect cube, but the best approximation at the chosen scale.

LEGO Minecraft Micro World includes two of Minecraft’s most iconic characters, Steve and a Creeper, represented as “Micro Mobs.” The model presents a standard for building a Minecraft world that can be configured any way the builder likes.

The surface of the modules comes off to reveal mines and hidden resources beneath. Fans can build their own landscapes, stack cubes on top of each other, to build the world of Minecraft as they wish.

The product was developed in collaboration with four LEGO fans: Chris Malloy, Michael Thomas, Kyle Tingey, and Bjarne Panduro Tveskov. These fans developed concepts alongside LEGO designers and helped shape the product into its final version.

LEGO CUUSOO is a website where LEGO fans can submit their ideas for new LEGO products and collect votes to make their ideas become a reality. They can also vote for other users’ ideas. It can be found at http://lego.cuusoo.com.

Ideas that are supported by 10,000 votes have a chance of being selected to become part of the LEGO Group’s product portfolio. Consumers who have their ideas chosen will earn 1% of the total net sales of the product.

Mojang will donate the 1% proceeds from LEGO CUUSOO to charity.

For more on the co-creation process for LEGO Minecraft Micro World, see the LEGO CUUSOO blog at http://legocuusoo.posterous.com.

The Lego Mincraft Set is an example of the strengths of Lego Cuusoo and if you fancy yourself as a Lego Designer and haven’t checked the site out yet you really need to get over there now! 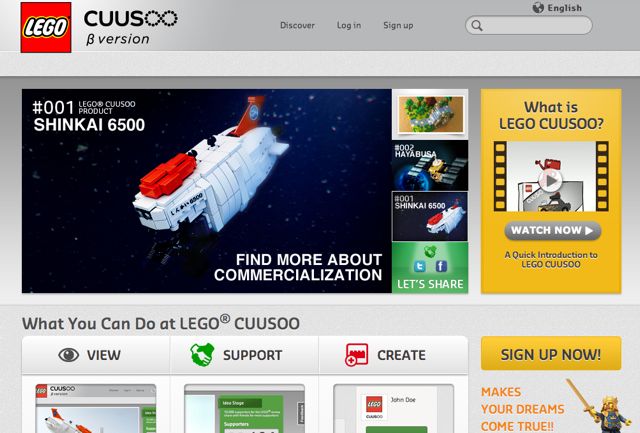 If you are unfamiliar with Lego Cuusoo then you can be excused – but not for too much longer :0)

Cuusoo, meaning ‘imagination’ or ‘wish’ in Japanese, started life as a rather obscure project, officially launched by Lego in Japan in 2008 and is still in Beta stage.

It’s reputation is growing slowly and it is becoming a goto site for fans wishing to share their own Lego creations with creators and designers within the Lego company itself.

What Do You Do On Lego Cuusoo?
(I feel like Dr Seuss!)

In essence there are a three stages:

2. Support – Once a project receives 10,000 supporters it is reviewed by Lego who evaluate the commercialisation of the project.

3. Create – Once you get the hang of things you can submit your own models and ideas to the site. If your creation attracts 10000 supporters and passes review by the company, you will  receive a royalty when your project becomes a product!

Since 2008 three projects have reached production stage. The latest occurred in the last few weeks. The project was a model based on the Minecraft online game and has been approved by both companies.

In fact I received an invitation to the launch event in my email box this morning (if only it came with free plane tickets as well!). The project will be officially launched on February 16th 2012 at LEGO World Copenhagen.

Another project gaining speed at the moment is a Modular Western Town created by mb_bricks.

The project is sitting at around 3000 supporters now but with support from a number of major Lego blogs it looks like it is only a matter of time before it crosses the 10000 supporters line.

The creator says of the project:

“A new line of modular houses based on a classic western theme.

Each house represents a single set and can be combined with other sets of the series.

The buildings are featuring an accurate interior with a lot space for a fun play experience.

Possible sets: sheriff’s place with jail, the gun store, the saloon, the rail station, the post office with stage coach, the bank, the central store…” 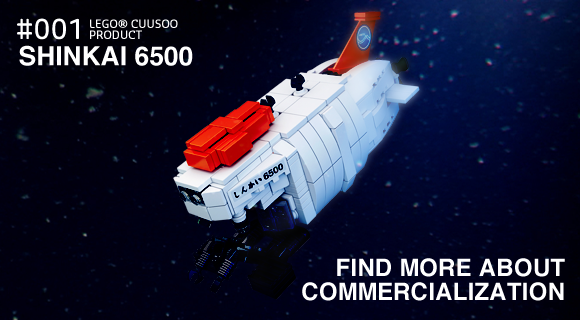 Personally, I have alot of time for Lego Cuusoo and I find it a very exciting website to be involved in.

To think you can come up with an idea and have it seen by real Lego Designers is a wonderful use of the web and a tremendous opportunity for talented designers and creators who put in the work.

The rules are straightforward and tell you much that you need to know if you have an idea of your own.

The official guidelines can be found here but if you want a terrific summary, here are the rules as translated by Sarah from the Brick Blogger (an amazing Lego Blog):

I haven’t created anything for myself yet but I know it is only a matter of time.

My son, who is only 11, is sad that he can’t contribute as he spends so much time refining designs with his Lego bricks and also on Lego Digital Designer (a free Mac/PC program I recommend to all parents if your child is into Lego).

But I have to accept that the rules are there for a reason. If anything, it has made me consider learning LDD for myself so we can co-create a family project together.

I feel blessed to have the opportunity to create and share so freely, and that Lego can take us there.

How about you? Are you tempted to do Lego Cuusoo?