Lego City sets have been the foundation of Lego since it’s inception and the theme replaced the similarly themed “Town” sets in 2005. Lego City sets feature life in large towns and cities as kids and their parents would experience them.

The Lego City sets are made up of sub-themes like Airport, Construction, Farm, Fire,Police, Space and Train.

From a parent’s point of view the Lego City theme offers a chance for kids to role play about things they know.

The sets are designed around things that children see in their daily lives, whether in their own particular world or on television.

As a child my favorite sets were the Lego City sets, known then as Lego town. 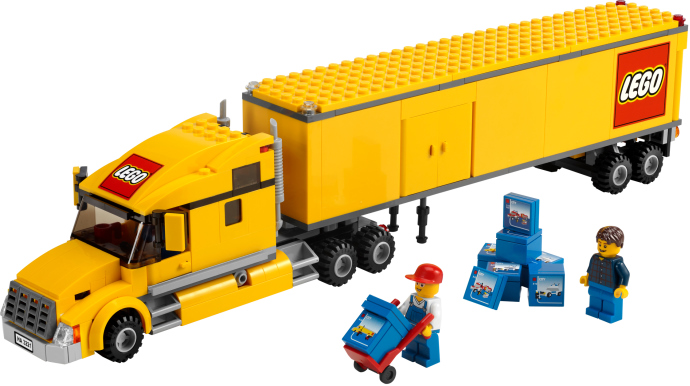 There was something fascinating about playing with toys that were representations of what I saw around me. My favorite set was a postal van and I am sure I had dreams of Lego deliveries at my doorstep ;0)

Role playing with toys familiar to children, allows them to explore social interactions with others in a safe environment.

The Lego City is one of the mainstays of Lego, especially the emergency sets like Police and Fire and there are often sets out each year in these sub-themes.

Lego City sets are wonderful ways to start a collection and we would recommend them as a place to begin if you are unsure of which Lego set to buy your child.

An important part of any fully working city an airport in Lego City is a thriving hub of activity. Over the years there have been a number of Lego Airports and all have been popular with kids and adults alike.

Early versions of the airport had planes made entirely of separate bricks while more recent Lego airports have larger planes made up of solid nose-cones and fixed wings.

While some see this as moving away from Lego construction, it can also be seen as a way of making vehicles like planes more authentic and accurate to their real-life counterparts.

Airports often include a plane, terminal, baggage handlers and Lego City tourists in cute Hawaiian shirts. Other smaller sets are also available as stand-alone sets or to pair with the large airports.

There is something appealing to young children about chasing after criminals and putting them in jail. It seems to appeal to their strong sense of wrong and right, something they learn about during the early years and is on their minds much of the time whether at home or at school.

Lego has been making police sets for over 30 years and you can almost guarantee there will be a police themed set released each year, with the larger Police Station sets always in production.

Lego City Police sets center around the largest set in the theme which is always the Police Station. The station often includes office areas, a jail or overnight lockup cell, wagon for transporting prisoners and a police car.

Smaller sets are also a part of this sub-theme and can include Police boats, Mobile Police Units, planes, helicopters and motorcycle police.

Lego Fire is one of the major sub themes of Lego City. Every year the company will release more Lego Fire sets, with the major set – the Lego Fire Station, almost always in production. The heroic and often selfless nature of a firefighters job is something kids can look up to as an example of the best of human nature.

Pretending to be a firefighter is one of the most common role-playing activities for kids when they reach a certain age.

As with Lego Police, the Fire sub-theme has been around for some years and started production in the early 1980s. The early sets set the stage for later releases with a large fire station set and a number of smaller sets, a fire car and a fire truck.

The most recent fire stations are made up of a small office area where fires are called in and managed, a place to sleep for firefighters and a large garage area to house the included firetruck.

Other sets in the Lego Fire sub theme can include a fire truck, fire car, fire boat and a fire helicopter.