The online stores have had a fairly slow week, Lego Deals wise, but we can expect that to heat up as more retailers compete for post back-to-school dollars.

I imagine this is the start of the build up towards Christmas for many toy retailers. As I am combing online stores daily for Lego deals I will pass on any specials or deals I find.

Lego At Amazon This Week

Amazon.com is always an interesting place to look for Lego deals-though a bit temperamental.

The main issue is that a deal that comes up could last anything from a few hours to a few weeks; there is no rhyme or rule to Amazon’s discounts when it comes to Lego.

Despite this, Amazon have a great store with an awesome range of Lego sets. Their FREE shipping and excellent customer service is also one of the major reasons they are the kings of online retail.

This Week At Barnes And Noble 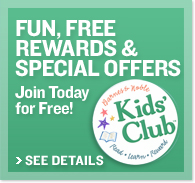 Barnes and Noble is another of the kings of online retail but their approach to Lego is a little different.

They don’t carry a whole lot of stock and sets that come into stock today can disappear in hours. Having said that Barnes and Noble have a great Kids Club and coupon system where you can get 30% off an item of Lego and for every $100 you spend you receive a $5 voucher.

I have bought some wonderful deals this way and generally focus on buying my big Lego sets here, keeping an eye out for when the latest “big” sets appear.

Lego sets in stock at the moment and eligible for the 30% off include:

You simply join up for the Kids Club (free) then wait for an email which will include your coupon code then purchase a big Lego set at 30% off.