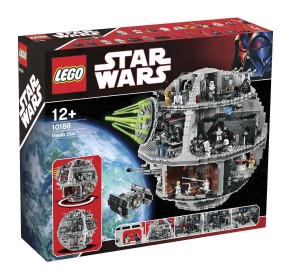 The LEGO Death Star is on sale at the moment at Amazon France and, with shipping, works out to an attractive $445 AUS delivered.

Placed aside our local Toyworld Store’s offer of $699 AUS, the Amazon France Deal is looking pretty good – but don’t wait too long if you are sitting on the fence. I have no idea how long this deal will last.

The LEGO Death Star is one of the most sought after Star Wars Lego sets in this Sci Fi theme and after many reports that it is being discontinued, still going strong after five years.

Having said that, don’t wait too long to pick this set up because it will skyrocket on the secondary market once production stops.

Battle inside the Death Star™!

You can order the LEGO Death Star through Amazon France.