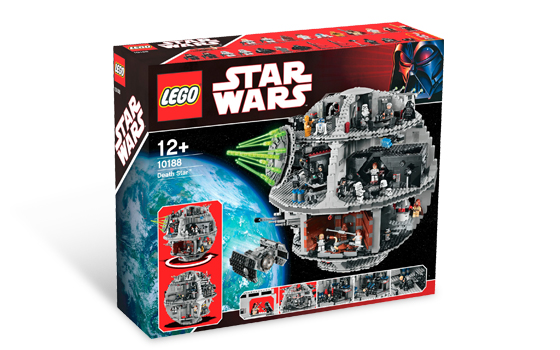 The Lego Death Star is the biggest Star Wars Lego set ever released.

At 3803 pieces including 24 minifigures (some of them exclusive) this is a set that both adult and kids love – but be prepared to set aside some serious time for building.

Released originally four years ago in 2008 it is due to be retired soon,  so now is the time to buy this Ultimate Collector’s Edition -before the price skyrockets on the secondary market.

If you think $399 is too much to pay, compare it to the UCS Millenium Falcon which now commands $1500 on ebay! 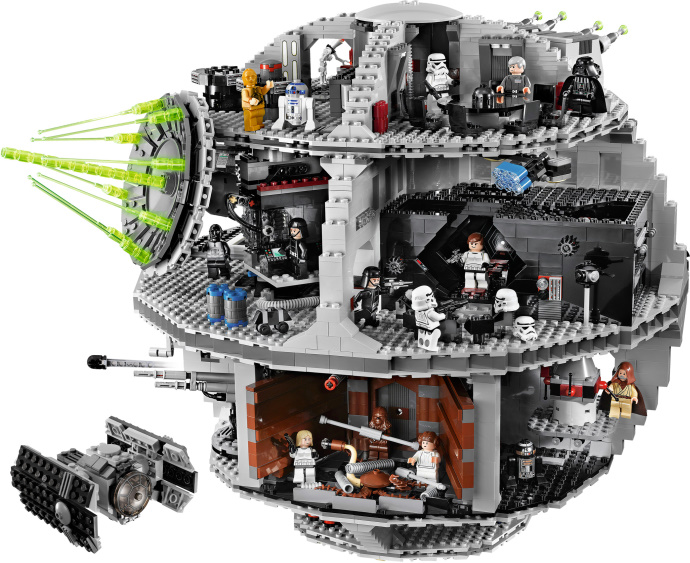 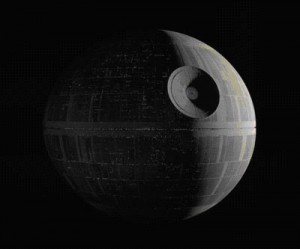 The Death Star is featured in two Star Wars films, A New Hope and Return of The Jedi. You might say it is the Empire’s ultimate weapon and one that they use to not only destroy planets but also keep the galaxy living in fear.

On both occasions the Empire built a Death Star it was destroyed by the Rebel Alliance but before they were blown to dust the space stations they were also the scene for awesome adventures and close escapes, particularly  by Luke Skywalker.

The Lego Death Star set depicts a number of the most important scenes in A New Hope and Return of the Jedi. 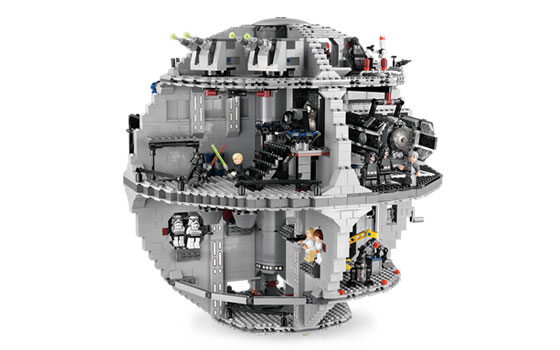 Each of the environments has a great deal of details fans will notice, things like the parallax effect in the detention block, the screens in the Death Star control room, the chasm in the throne room, etc.

The model is viewable from 360 degrees, so you can play or display at all angles.

In a unique move for a Lego set, with the Lego Death Star, you get more than one of some of the characters. This is because the set depicts scenes from two separate movies. So while you have Luke and Han wearing stormtrooper uniforms in the trash compactor, the set also comes with Luke dressed as a Jedi Knight so he can confront the Emperor two movie later.

Some of the minifigures are exclusive but the main incentive for this set is the sheer number of figures and the fact that they make the set instantly playable and also a wonderful display piece. 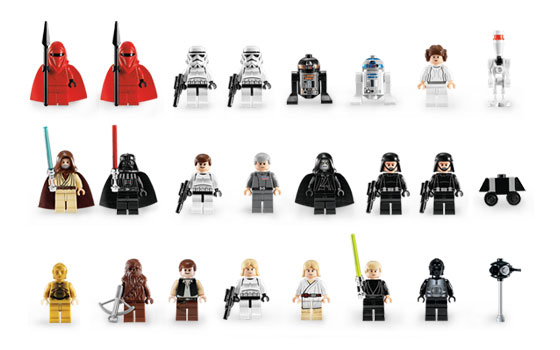 Lego Death Star – What Others Are Saying 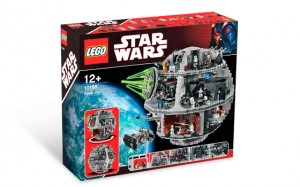 The Lego Death Star is an expensive set, there is no doubt about that. But it is a unique collector’s item that Lego put alot of time and effort into designing and they did an awesome job-it’s almost the “perfect” Lego set.

We think it is worth the money if you can afford it and the current retail price will seem like a bargain in a year or so when it is peaking on the secondary market. Let’s Break it Down.

Where To Purchase the Lego Death Star