The Lego Festival of Play, the celebration of 50 years of Lego in Australia, has officially been launched.

We’ll keep the site updated as more news comes in but for now check out the press release below along with photos and a trailer!

Sydney, Australia (Sunday, 15 April, 2012) – 2012 marks the 50th anniversary of the LEGO® brick in Australia. To commemorate the milestone, LEGO Australia has today launched the Festival of Play, a nine-month schedule of activity set to pay homage to the humble LEGO brick,encouraging kids and adult fans alike to celebrate through play.

Throughout the campaign, a series of experiential events and elaborate creations, all inspired by the iconic construction bricks, will be unveiled at LEGOfestival.com.au, with plenty of ways for Aussies young and old to get involved.

To launch the national initiative, LEGO Australia today premiered a 90-second trailer, at LEGOfestival.com.au, illustrating how the LEGO brick, since first arriving in the suitcase of John Peddie in 1962, has sparked the imagination of kids and adults across Australia for half a century. 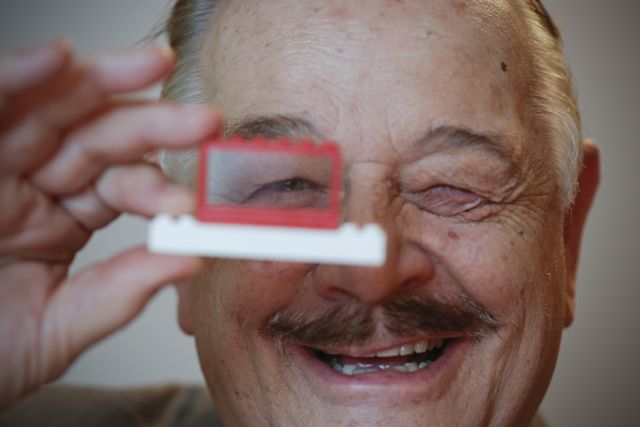 The LEGO Australia story began when John Peddie, once a British sales representative, landed in Australia in 1962 after an eight-stop long haul flight from the UK, carrying just one suitcase filled with sample LEGO bricks.

Told by retailers “Australian kids play outdoors… this is an indoor toy… it’ll never work”, John persevered, building many weird and wonderful creations to demonstrate the endless possibilities of the LEGO bricks.

He then encouraged buyers to flip his spaceship and pirate boat models upside down to show off the unique ‘clutch power’ of the LEGO brick. After months of door-to-door pitching, John finally won over one department store in Sydney with the interlocking plastic bricks…and the rest, is history.

LEGO Australia is now, and has been for many years, the country’s number one toy brand, with every Australian owning an average of 70 LEGO bricks. In 2011 alone, LEGO Australia sold almost 7 million LEGO sets. When stacked high, all the LEGO bricks in the country would reach almost 50,000 times the height of Sydney Tower Eye.

“The brand name LEGO comes from the Danish expression ‘Leg Godt’, which translates as ‘play well’. When first arriving in the country, this was my mission, to encourage Australia to ‘play well’ and it remains the same today…

“It’samazing to see how imagination and just one suitcase of bricks have opened up a world of play for Aussie children. I’m so proud to have introduced the LEGO phenomenon and its endless building possibilities to Australia.”

Commenting on the launch of Festival of Play, Caroline Squire, Director of Marketing, LEGO Australia and New Zealand said:

“There’s no limit to the imagination and creativity that LEGO bricks inspire … The LEGO Festival of Play, will celebrate the half century of one of Australia’s most loved toys and tap into the nation’s fond LEGO memories, and create new LEGO experiences, big and small, to capture the imagination of Aussies of all ages.

“With this national initiative, we hope to inspire and develop the Australian builders of tomorrow.”

A sneak peek at LEGO Festival of Play…

LEGOfestival.com.au will house information about all the upcoming events for LEGO Festival of Play. Here’s a sneak peek at some of the activities planned for the next couple of months:

Lego Festival Of Play In the Media