Lego Friends have caused quite the controversy in the Lego world – both from fans of the traditional Lego minifigure and from female fans who argue that the unique figures for girls are not necessary.

While I can understand all arguments and was quite prepared to boycot the theme based on first impressions, as I look more and more into the figures and sets I find myself interested, if not completely impressed.

It is the minifigures that cause the major heat amongst fans. There are very powerful and convincing arguments to the effect that girls do not need different styles of minifigures and that deviating from the traditional figure size and style is sexist and damaging for girls’ identity and also the Lego brand.

To some, the larger figures, unique to the Friends theme, will mean that girls will not continue with Lego as they get older. It restricts their ability to play with “the boys” who play with normal sized figures and will limit their choices if they wish to expand into other themes.

There is also the argument that girls don’t need the different, more “feminine” figures and to suggest otherwise is to demean girls.

Those arguments have a point – I have often wondered why Lego chose to persist with a larger figure size for girls, rather than just focussing on making more of their sets “gender-neutral”.

While I continue to hope that Lego will make their sets/marketing/business model more inclusive, I think Friends is a small step forward for the brand, certainly an improvement from the very “pink and fluffy” Bellville which was Lego’s previous attempt to “market to girls”. 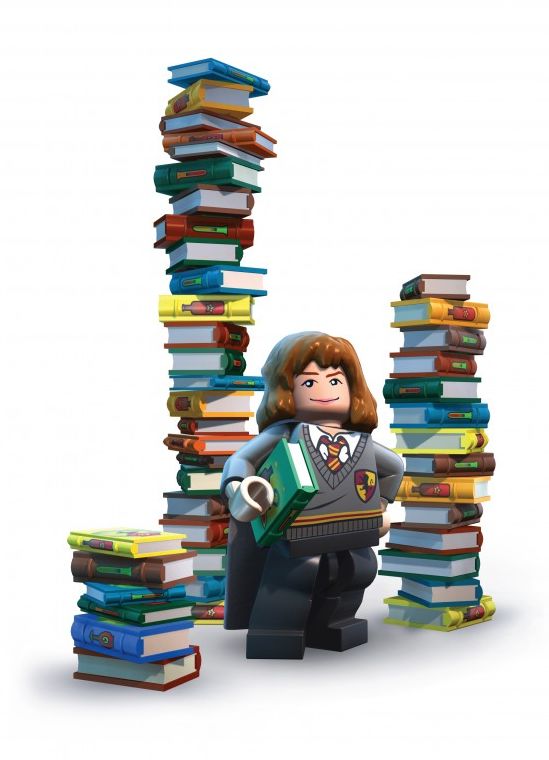 As a mother I have often felt felt restricted in the selection of Lego sets I could buy for my daughter. As a card-carrying “pink-ophile”, the Belville theme made both myself and my daughter raise our collective fists at the misogynistic segregation of male/female toys…or maybe that was just me. My daughter just said “Ooh yuk!” and went off to play with Calico Critters.

While she likes to play Ninjago, Star Wars, etc with her brother it is really only the Harry Potter theme that attracts her enough to play happily by herself.

I am sure I am not alone when I say that the character of Hermione is a big drawcard for my daughter and her friends-something Lego could probably learn from?

There has been an opening for a new Lego theme, one more appealing to girls for some time and when Lego announced the Friends theme I was secretly hopeful. But as the first images came through of the larger figures I became despondent.

“Not again!” I heard myself saying. “Do we really need this separation/segregation?”

I was completely prepared to buy every other Lego set on the shelf except Friends – my way of protesting 🙂 But then I looked more and read more, about why Lego designed these sets the way they did. I found myself slowly, grudgingly converting, and I wasn’t the only one.

Contrary to my original resistance, my daughter seems to like the larger figures. She likes the fact that she can role play and interact with them. The larger figures and more emotive faces allow girls to play more intimately with the characters – interacting with them and using them to enact stories, something my daughter loves to do. The sets and the boxes aren’t raging pink and she is drawn to the vet, the workshop and the designer studio while the beauty salon leaves her cold.

My son has already requested a large proportion of the individual pieces in the fancy new colors and he thinks they would make wonderful highlights for his dioramas (good luck with that kiddo!). He likes some of the sets and can see that his figures wouldn’t be out of place in the new environments.

As for me, I really like the style and color of the sets as a whole. I’m not interested in the beauty salon or the “cool car” but the treehouse looks awesome, as does the vet.

And the figures aren’t as bad as I thought – though I can see they may still be sidelined for regular figures over time.

Take a look at a size comparison chart released by Lego. The accessories distributed with Friends sets can be used by the traditional Lego minifigure and really the two are of a similar size that they can co-exist in peace.

So I will be buying some of the the Lego Friends theme for myself and my daughter and I’m sure my son can’t wait to share them with us. Still, I do hope for a return to the 1970’s and 80’s era of Lego play where there were girls and boys featured in regular Lego set advertisements – sharing the joy of their own Lego creations.

This is my favorite Lego advertisement – It says so much about what we have lost for our girls, our kids and our society as a whole, but also shows what we can claim back if we are strong as parents.