Lego Marvel Super Heroes is one of the most anticipated themes of 2012. After all, this is the first time Lego has covered most of these comic based super hero characters- Iron Man, Wolverine, Magneto, Deadpool, Captain America, etc.

With films like Spider-Man, Iron Man, Thor, Hulk, Captain America and the upcoming Avengers and Amazing Spider-Man movies garnering the comics new legions of fans it seems certain the theme is going to be a huge winner for Lego.

While we already have the sets for DC Comics’ arm of the Super Hero theme safely in our hands, the Marvel sets have been kept under wraps…until now.

The New York Toy Fair is happening right now and no less than Marvel themselves have let us have some amazing shots of the upcoming sets. Action Figure Insider was also there to see and take photos of the new sets and minifigures. As a comic fan who obviously loves Lego I can safely say, “The wait was worth it!”

Oh, and stay away from the set descriptions if you want to avoid Spoilers for the upcoming Joss Whedon written and directed Avengers movie! 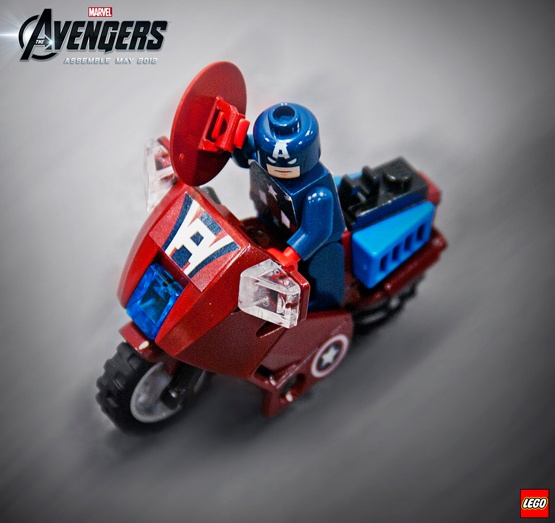 Win the battle and send them back to where they came from. The fate of the world lies in your hands.

Loki is escaping from S.H.I.E.L.D. headquarters with the powerful Cosmic Cube.

If he succeeds, he could use it to wreak havoc on the world! Will Iron Man in his amazing armored suit alongside Hawkeye in his function-packed S.H.I.E.L.D. off-roader be fast enough to catch Loki, or will the Asgardian villain escape with the Cosmic Cube? You decide!

The Hulk and Thor have Loki captured on board the Avengers’ awesome Helicarrier. Using his powers of trickery and illusion, Loki makes Hawkeye lose control of his function-packed jet fighter. 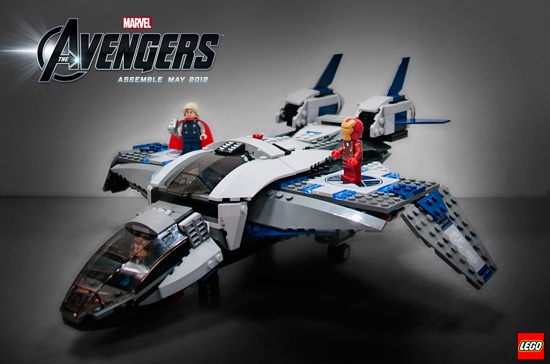 Loki is up to no good and is planning to destroy the earth!

As he flies into battle on board his chariot, help the Avenger’s defeat their nemesis using the supersonic Quinjet! Fire the missiles, release the mini-jet and imprison Loki in the prison pod! With the high-tech Quinjet, the Avengers can’t fail!

The sets look pretty amazing to me and I will defiantly be picking up at least the Quinjet and the Hulk’s Breakout. There are a still a couple of sets yet to be revealed. Not Shown are Spider-Man’s Doc Oc Ambush 6873 and Wolverine’s Chopper Showdown 6866.

We will post more about Lego Marvel Super Heroes as the sets come closer to their May release date.