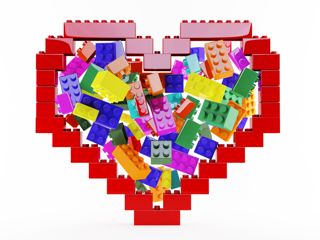 Welcome To The Brick Life.
I love Lego as much as my kids do.
It lasts, like, forever and promotes creativity.
What more could you ask for?

Lego is one of the world’s most famous toy brands.

The Danish company has been producing their signature small plastic bricks for over 60 years.!

Lego is an evolving company with a big and rich history, refining their basic concept over the course of half a decade, without changing their original design philosophy.

Considered the grandfather of Lego and related modern construction toys, Ole Kirk Christiansen was a carpenter who designed children’s wooden toys when the first plastic toys began to emerge in the market.

He formed the company called Lego (from the Danish leg godt, which translates to “play well“) and started to make what he called “Automatic Binding Bricks” soon after. He eventually refined his product into the patented bricks we now call Lego.

Generations of children have grown up with Lego and it is not uncommon to find parents passing down their well-played-with collection to their own children, such is the durability of the product.

The company’s motto is ‘only the best is good enough’ – Parents agree!

The age range of people interested in Lego can be as young as one and as old as 99. While small kids love the creative hands on nature of the product which develops hand-eye coordination, older “kids” love the creative challenge of designing and building larger models. 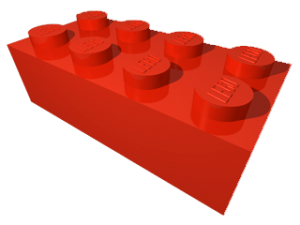 While based on the original interlocking brick design, made possible by the studs on top of the bricks, Lego has come a long way since last century.

Modern Lego sets are colorful and varied, with many specialized pieces available to transform simple models into true works of art.

Licensed sets featuring movie and TV themes are some of the most popular Lego models, especially those that feature Star Wars or Harry Potter figures.

While some believe these adapted stories detract from the pure imaginative essence of Lego, it is a direction that has taken the popularity of this toy into the stratosphere.

In 2010, Lego posted a huge growth in popularity due to sets based on popular movies as well as board and video games.

Why Lego Is Good For Kids 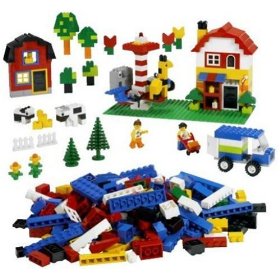 Children are drawn to Lego because of it’s potential.

With a box full of bricks, wheels, figures and more kids can create an astonishing array of different things.

A set that is designed to be built into a truck can soon be disassembled and reconstructed into a train, a crane, a space ship, an animal or a totally new creation the child has envisaged.

Lego will not only last for years, but also provide children with valuable learning opportunities in spatial design, hand-eye co-ordination, role play and more.

There are very few modern toys that both educate and endure.

While other toys may fall apart or lose their interest after months or even weeks, the sheer versatilty of Lego and it’s proven durability will ensure it remains a favorite for years to come.

Take a look through our Lego Parent’s Guide resources to determine the Lego set that is best for your child and watch as they create and recreate, learning all the time.