The Lego Book, a Fully Revised and Expanded edition for 2012 will be released by Dorling Kindersley next month.

The book promises to be essential reading for Lego fans, even those who have the earlier first edition by Daniel Lipkowitz, as it contains an extra 56 new pages as well as updated information on the Lego Group and their various interests.

The first edition came out in 2009, to rave reviews. While DK had infact released an earlier title called “The Lego Book” this 2009 edition was completely rewritten and contained so many changes that it was considered the “first” relaunched edition.

The 2009 book famously came bundled in a slipcase with the book “Standing Small“, which covered the evolution of the famous Lego minifigure.

This latest edition looks likely to ship without an updated version of that book, and the lower RRP of US$24.99 will reflect that.

You can pre-order the updated version now for reduced prices (30%-41% off) at Amazon:

Discover all there is to know about one of the world’s most beloved toy companies.

Beautiful pages reveal, explore, and celebrate the fascinating story of LEGO® bricks and the history behind them in this newly updated edition of The LEGO® Book. Along with 56 new pages, a timeline highlights key moments in LEGO history, and special features spotlight numerous groundbreaking and momentous achievements. Includes new and updated information about LEGO Star Wars, LEGO Ninjago, LEGO Friends, and much more.

Explore all the main LEGO toy systems, the LEGOLAND® theme parks with their amazing animated models, and the LEGO Group’s spectacular diversification into films, video games, and the visual arts. Incorporating clear instruction panels on how to create great models from just a few simple bricks, The LEGO® Book is truly a treasure perfect for any LEGO fan! 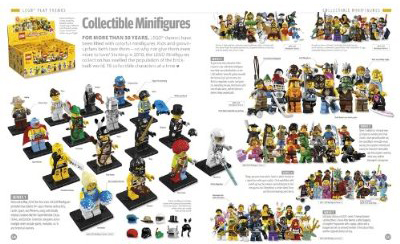 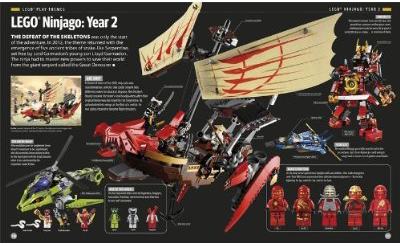 The Lego Book is set for an August 20th release in the US, October 1st in the UK.

While publisher DK recommends the book for  ages 8+, I would say that any child who is old enough to flip through a book without ripping pages would enjoy this visual delight 🙂

DK will be releasing a number of additional Lego Books in the coming months and we will feature them all in future posts.