Warning: Use of undefined constant php - assumed 'php' (this will throw an Error in a future version of PHP) in /home/customer/www/thebricklife.com/public_html/wp-config.php on line 1
 Lego Batman – Page 2 – The Brick Life
Skip to content 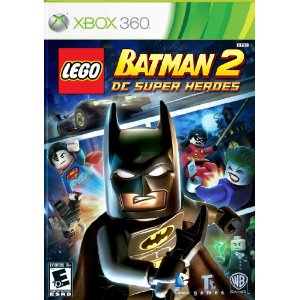 With the release of Lego Batman 2 Video Game this last week it is a great opportunity to check out the range of Lego DC Super Heroes and Super Villains characters included in the game as it might give some insights into future minifigures and sets.

According to Video Games Blog there are 64 playable characters in the game, though not all are available on every system.

We’ve taken the list and added a bit of information on each character so you can see where they fit in the overall scheme of the DC Universe. After all, it’s nice to know that Black Manta is an arch enemy of Aquaman isn’t it?

This way, you can share this little fact with your kids and they can look at you in awe 🙂 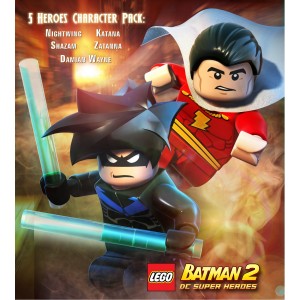 You can find the video game at most retail outlets now, available on all systems: Wii, XBox 360, PC, PS3, and portable devices.

Interestingly when you order from Amazon you have access to 5 of the characters listed above through a Heroes Skin Pack.

If you live in the UK, Amazon UK ships the game with an exclusive Lex Luthor Lego Figure.

In Australia you might want to try EB Games or eBay for the best prices.

I must confess I haven’t played the Lego Batman video game, though I know a few people who have been addicted to it (Chris I’m looking at you!).

However having played most other Lego video games I know that any new release announcement is cause for celebration, even if most fans know the announcement is inevitable and just wish Lego and traveller’s Tales would just hurry up and get on with announcing it 🙂

“Burbank, Calif. – Jan. 5, 2012 – Batman is back to save Gotham City and the action will only build from here! Warner Bros. Interactive Entertainment, TT Games and The LEGO Group are teaming up once again to announce that LEGO® Batman™ 2: DC Super Heroes will be available beginning Summer 2012 for the Xbox 360® video game and entertainment system from Microsoft, PlayStation®3 computer entertainment system, the Wii™ system, and Windows PC, as well as the Nintendo DS™ hand-held system, Nintendo 3DS™ hand-held system, and PlayStation®Vita handheld entertainment system. The game is the sequel to the best-selling LEGO® Batman™: The Videogame, which to date has sold more than 11 million units worldwide.

In LEGO Batman™ 2: DC Super Heroes, the Dynamic Duo of Batman and Robin join other famous super heroes from the DC Universe including Superman, Wonder Woman and Green Lantern to save Gotham City from destruction at the hands of the notorious villains Lex Luthor and the Joker. Batman fans of all ages will enjoy a new and original story filled with classic LEGO videogame action and humor as players fight to put the villains back behind bars.

LEGO Batman 2: DC Super Heroes allows players to explore all new areas of Gotham City utilizing a variety of vehicles including the Batmobile and Batwing. In addition, they’ll be able to fight for justice by mastering new gadgets and suits, such as Batman’s Power Suit and Robins’ Hazard Cannon, and using all-new abilities including flight, super-breath and heat vision.

LEGO Batman 2: DC Super Heroes is being developed by TT Games and will be published by Warner Bros. Interactive Entertainment. For more information, please visit www.videogames.LEGO.com.”

The Lego Batman 2 Video Game sounds wonderful and as a fan of the DC Universe (beyond Gotham City) I am pretty excited about playing this one with friends.

On another note, I apologise for the lack of updates recently. Moving house and Christmas cheer have me on the back foot but I have great plans for The Brick Life in 2012.