Warning: Use of undefined constant php - assumed 'php' (this will throw an Error in a future version of PHP) in /home/customer/www/thebricklife.com/public_html/wp-config.php on line 1
 Lego Comics – The Brick Life
Skip to content

The Yoda Chronicles Comic Part One Nobody Likes A Bully is featured in a special issue of the Lego Collector’s Magazine January 2013.

This special issue details the beginnings of The Yoda Chronicles, an ongoing Star Wars Lego event played out through the Lego Club Magazine and online at Lego.com/StarWars.

The comic is called Nobody Likes A Bully and retells a story from the Holocron archives, featuring Jedi Master Pong Krell, a leader who was as tough with his troops as he was with his enemies.

Read the comic below:

What Are The Yoda Chronicles?

Count Dooku has hatched a sinister scheme to use a Kaiburr crystal to create an army of evil warriors with enhanced Force powers. The wise Jedi Master Yoda has hidden the crystal away in a secret location, but as his former apprentice, Count Dooku knows exactly where to find it.

When the Kaiburr crystal is stolen, it’s up to Yoda – along with some old friends and new allies – to get it back before it is too late. But who is the mysterious Jek-14…and what role will he play in the fate of the galaxy. 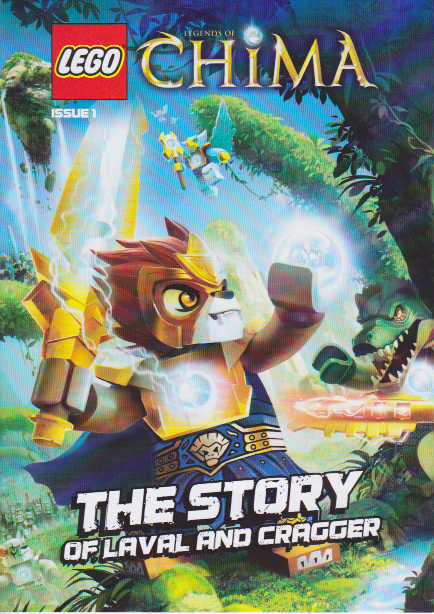