Warning: Use of undefined constant php - assumed 'php' (this will throw an Error in a future version of PHP) in /home/customer/www/thebricklife.com/public_html/wp-config.php on line 1
 Lego Kingdoms – Page 2 – The Brick Life
Skip to content 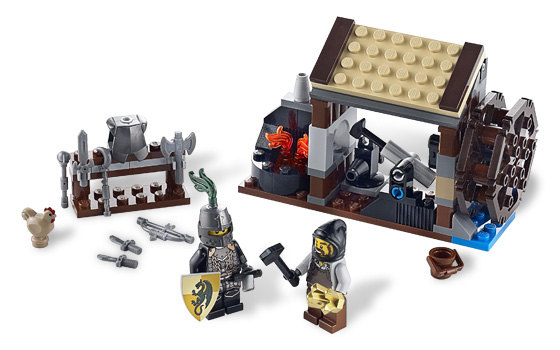 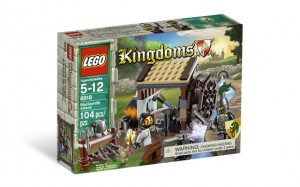 Lego have officially announced their Exclusive set for 2012, Lego Kingdoms Joust (set 10223) and it looks and feels just as awesome as Medieval Market Village (MMV) from a few years ago.

Designed around the battling forces of  the Lion Knights versus the Black Falcons, a favorite with classic Lego Castle fans from the 1980s and 1990s, the set contains 1575 pieces and heaps of detail.

It is interesting to note that if two Kingdoms Joust sets are purchased they can be combined to make one larger castle wall and indeed, many of the images online show the set in that format, so don’t be deceived!

The photo above shows the set as it comes,
not combined into two.

Don’t get me wrong, it’s great that the set gives collectors the opportunity to make a larger structure by purchasing two of the same set, but people also need to be aware of what they are purchasing.

Either way as a fan of MMV I will be setting aside some funds for at least one Kingdoms Joust set.

Watch the Knights battle it out at the Royal Joust!
It’s the most exciting event on the LEGO Kingdoms calendar! Join the King and Queen at the Royal Joust as the knights on horseback battle it out for the hand of the beautiful Princess. This detailed set recreates all the majesty of a medieval pageant, from the large, 6-roomed castle with linked wall extensions, 2 knights’ weapons tents, royal viewing box, jousting fence and of course 2 magnificent jousting horses. Combine 2 Kingdoms Joust sets for a scene that is truly fit for a King! • Includes 9 minifigures: king, queen, princess, lion knight, falcon knight, young squire, nobleman and 2 soldiers!

• Knight minifigures include armor decoration, helmet, jousting pole, shield and 2 extra weapons!
• Features a castle with 6 detailed rooms with lots of accessories and 2 knight’s tents with weapon holders!
• Open back for easy access to linked wall extensions!
• Also features royal viewing box with flags and coat of arms!
• Includes 2 knight’s horses with detailed decoration, weapon holder and armored headgear!
• Explore the castle rooms!
• Battle it out for the hand of the princess!
• Combine 2 Kingdoms Joust sets for a scene fit for King!
• Castle measures 20″ (51 cm) wide and 12″ (30 cm) tall!

Available for sale directly through LEGO® beginning
January 2012 via shop.LEGO.com, LEGO Stores or via phone

Some Other Articles About Lego Kingdoms